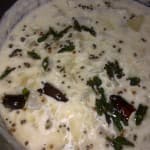 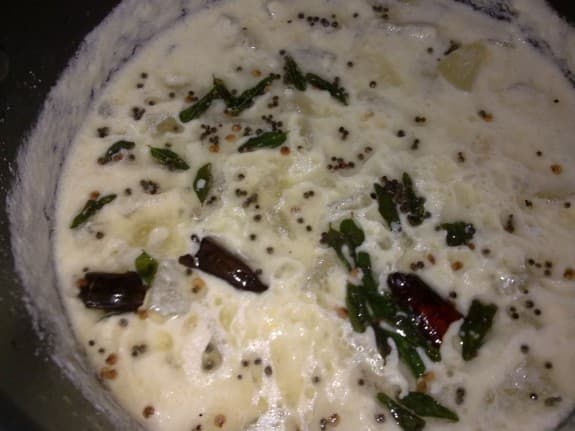 Tangy curd curry made with cucumber(Vellarikka)

Pachadi is the traditional dish of Kerala. It is one of the common item of Kerala’s kitchen. My MIL used to prepare pachadi twice in a week along with rice, fish curry and fish fry. The taste is heavenly. Vellarikka pachadi is also a traditional Kerala sadya recipe. It is so simple and easy to make recipe. I have already tried pachadi varieties like Beetroot pachadi,Pavakka pachadi,Carrot pachadi and Apple pachadi. Hope you will like these recipes too.

How to make Vellarikka pachadi ?

Cut the cucumber in to medium peaces and cook with little amount of water in low flame.

When cucumber is cooked, open the lid of the pan and boil again if there is excess water.

Add this paste to cucumber and mix well and cook for 1 min.

Add curd.Cook for 1/2 min in low.Do not allow the curry to boil after adding curd

More From This Chef »